There are many opportunities for cultural visits and excursions near the Mariapolis Centre. In Trentino, nature is at its best: unending valleys, castles, lakes and alpine peaks can be experienced both in the winter and in the summer, by sports enthusiasts and families alike.

This is the main characteristic of our territory: it offers everyone a chance to experience well-being and value time and relationships more.

Trentino Guest Card: at the moment of booking you can request it in digital format. The TGC is a pass which includes many advantages for both adults and kids: free use of public transport, access to more than 60 museums, 20 castles, parks, a visit to the Verona Arena, discounted tastings of local products and much more…

Rich in history and culture, surrounded by mountains, Trento is a popular destination for a friendly, people-oriented kind of tourism, which can offer unexpected gifts.

A city of art, whose centre developed around the San Vigilio Cathedral and the picturesque square, it is enriched by colourful Renaissance frescoes on the facades of the palaces and in the Buonconsiglio Castle, the biggest and most important monumental building of the region.

Trento is known in the world because of the 16th- century Council of the Catholic Church, but it also looks into the future with its international University and the MUSE, a Science Museum where visitors become protagonists of a route that follows the history of the Earth through the metaphor of the mountain, experiencing interactive games in an immersive environment.

Trento’s position in the Adige Valley allows it to be a starting point to explore the whole region of Trentino.

Mount Bondone, which offers a variety of walks, hiking trails, trekking and mountain bike routes and many other outdoor activities and games, is located 18 km (approximately 11 miles) from Cadine.
It is also possible to take a chairlift up to 2,000 meters (approx. 6,560 ft.) to enjoy the breathtaking view.
In the winter, Mount Bondone is an ideal place for snowboarding, alpine and cross-country skiing boasting a surface of 70 hectares and 20 kilometers of trails, an integrated technical snow-making system and the possibility to ski under the stars.

On the opposite side of the Valle dell’Adige to the Mariapolis Centre, it is possible to reach the Altopiano della Paganella and reach the peak using the ski lifts. From there, guests can enjoy a breathtaking, 360°-degree view on a large part of Trentino, the nearby Brenta Dolomites with the Adamello Brenta Nature Park, Lake Garda, Valle dei Laghi, Valle dell’Adige and Val di Non.

The other magnificent valleys of the Dolomites, a UNESCO World Heritage Site, can be easily reached. 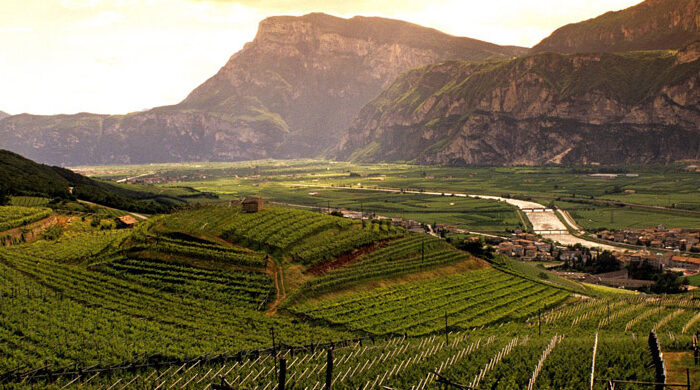 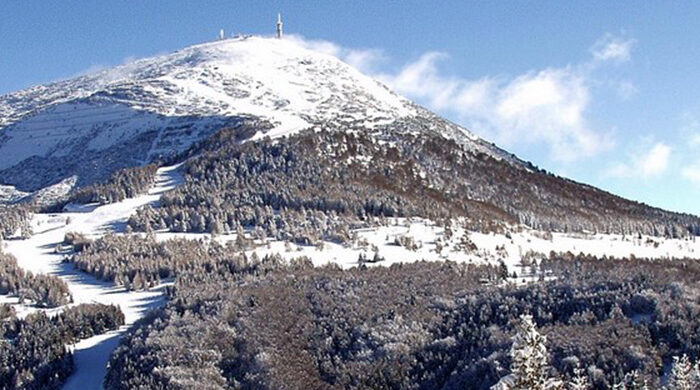 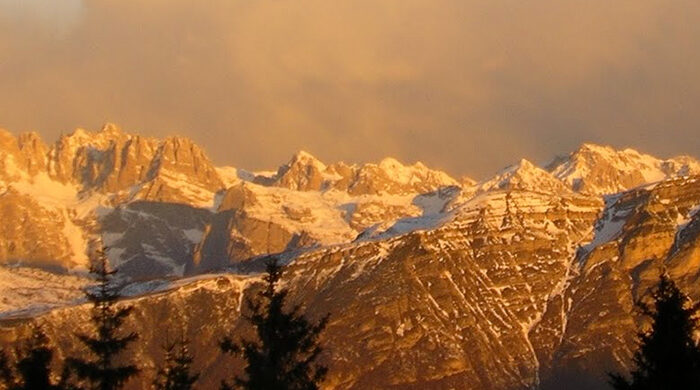 Terlago is 2 km (1.2 miles) from Cadine; it is a small municipality enclosed within three impressive lakes that make the scenery striking. They are Lake Terlago, Lake Santo and Lake Lamar. Just a few kilometres away is Lake Toblino, which is particularly fascinating because of the 16th-century fortress build on a spur of rock hanging over the water.
Trentino boasts more than 300 lakes though!

Some are particularly suitable for water sports, like Lake Garda, Lake Caldonazzo or Lake Idro. Other deserve a visit because of their beauty and the quality of the services offered; an example is Lake Molveno, which, surrounded by the Brenta Dolomites, has been nominated as the ‘most beautiful and cleanest lake in Italy’ several times. In summer, its 12 hectares of beach and grass lawn offer tourists a real beachfront resort, complete with a swimming pool, numerous play areas and tennis courts. It also offers the possibility of taking boat or pedal boat trips and canoe outings.

Using a cable car, you can reach the Altopiano di Pradel, the starting point for excursions in the Brenta Dolomites.

Besides Trento and the surrounding valleys with their villages, fortifications and castles (among them Thun Castle, Stenico Castle, Beseno Castle and Caldes Castle), the cities and towns in South Tyrol can also be reached, such as Bolzano, multiethnic and rich in history, the garden city of Meran, medieval Bressanone/Brixen or the many villages along the valleys of the Dolomites.

From the Mariapolis Centre guests can also travel to other territories rich in art and history such as Veneto with its villas, parks and unique cities: Verona, Vicenza, Padua with its Basilica, Venice with its priceless heritage. 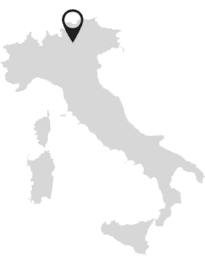